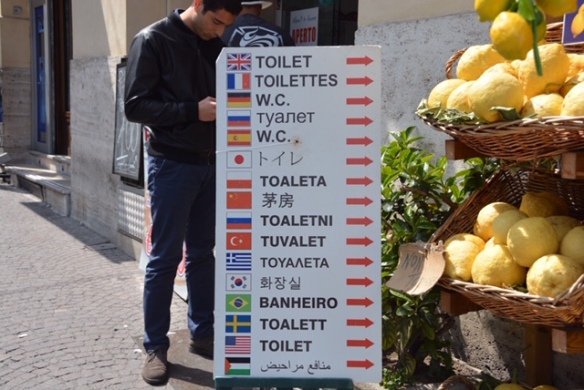 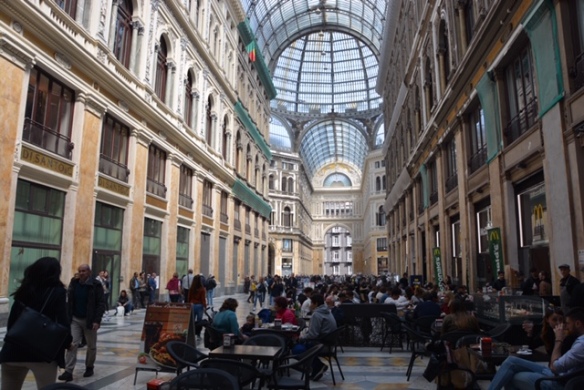 Inside the covered mall off the square. 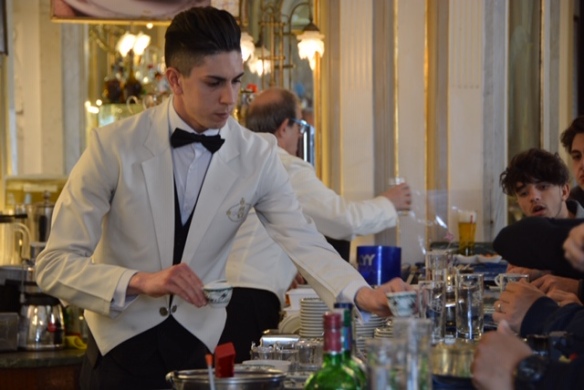 Coffee is served quickly, is very strong and sipped at the counter. 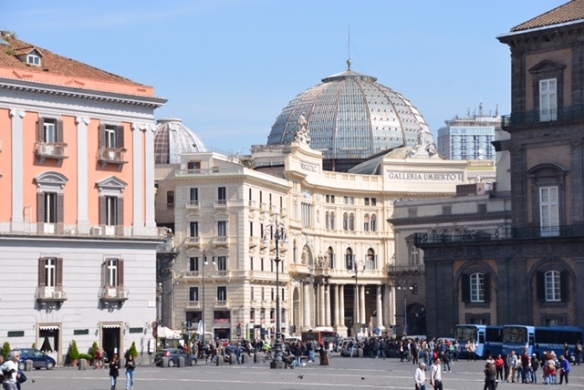 This is the best coffee and pastry shop in Naples. 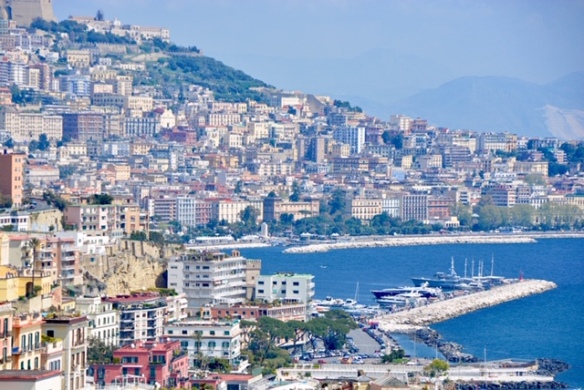 A view of the harbour from the King’s palace. 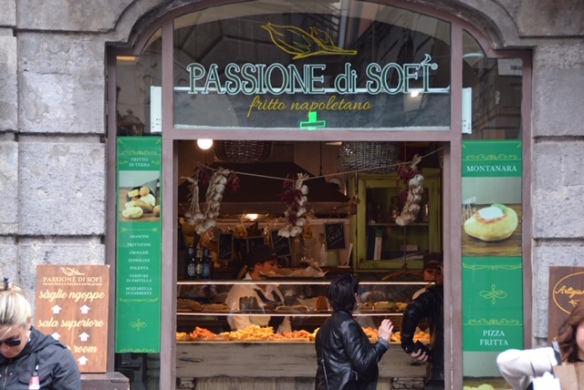 Naples is the home of pizza and coffee bars

After two days at sea following our exit of the Suez Canal we are in Naples, Italy.  The ship is docked in the middle of downtown and within easy walking distance of all the city sights.  Naples is under construction everywhere with no one project completed.  It seems this is the way of the Italian government and the constant elections that follow the defeat of the party and leader currently in power.

Naples is the third largest city in Italy after Rome and Milan.  It has the distinction of being the city that had the greatest number of bombs dropped on it in all of Italy during the Second World War.  As land is scarce, a bombed out structure is replaced with a modern building but will be adjacent to a building that escaped damage in the war.  The contrast between the new and old is remarkable.

Major portions of the population live in the shadow of Mt. Vesuvius and the memories of the eruption that buried Pompei.  Mt. Vesuvius is the only active volcano in Europe that is on mainland as distinct from an island.  A recent test of the emergency evacuation system for Naples ended in chaos and demonstrated that it would be impossible to evacuate on short notice.  While the volcano is still active, it is heavily monitored to provide an early warning of major activity.

Naples has a city square with a huge cathedral that resembles both St. Peter’s in Rome and the Acropolis in Athens.  Adjacent to the square is the world famous opera house, the presidential palace, the centuries old fort protecting the harbour and an amazing collection of old buildings that have been covered over with an atrium and totally renovated into a very high end shopping centre with commercial offices on the second floor.

Coffee bars, pizza restaurants and small shops selling sweets are everywhere.  The island of Capri is within sight of the city dock but will have to wait for another visit.

On to Barcelona passing between Sardinia and Corsica.  The weather has changed dramatically.  We are all into sweaters and jackets as the temperatures have dropped from the high eighties to the low sixties. 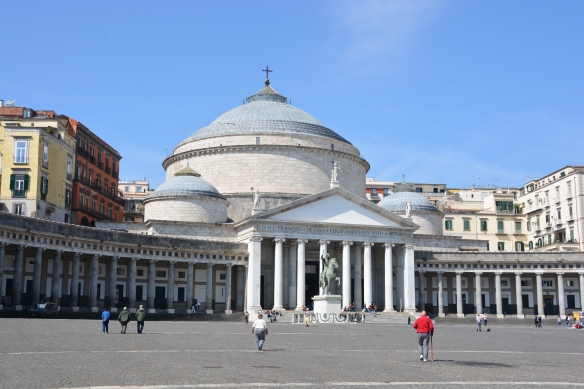 4 thoughts on “Naples, Italy with Pizza, Chocolate and Strong Coffee”