We have seen the dragon, lived to get back on the ship and will not ever need to see it again.

After Darwin, our next stop was Komodo Island in Indonesia, home to the very rare Komodo dragon. This island along with two smaller adjacent islands is the only place in the world where this species of lizard lives. It’s diet consists of deer (swallowed whole, antlers and all), wild boar, smaller Komodo dragons, and anything that might come in its path including humans. Fortunately the dragons do not eat very often and spend much of their time near watering holes and basking in the tropical sun. They are roughly 8 feet in length.

Komodo Island is a national park and as such, the species is protected. To visit, we travelled as a small group with a ranger at the front of the pack and one bringing up the rear. Each of the rangers carried a forked pole in the event of an attack. Fortunately we made our way without incident to a fresh water source where three of the dragons were ready to be photographed and appeared full. Good for us!

The dragons are fast runners, very proficient at swimming and can appear out of nowhere. A fellow traveller was sitting on the beach at Komodo having a drink when one very large male strolled right by her. Quickly walking backwards she got a great video on her IPAD of the dragon and has been showing us all her accidental filming and counting her lucky stars.

As a national park the scenery is stunning with foliage of a green colour that is not like any other shade. The water is clear and the beaches are magnificent but the presence of the Komodo and and a species of alligator that jumps in the air out of its water habitat kept most passengers out of the water.

We are at anchor here as there is no dock big enough for us. The next stop is Bali where many of the ship’s staff have family members so they will get the day off to visit. Passengers will head off on various excursions across Bali, primarily to see the Hindu temples that are located in every village with many of the bigger temples dating back to the sixteenth century. 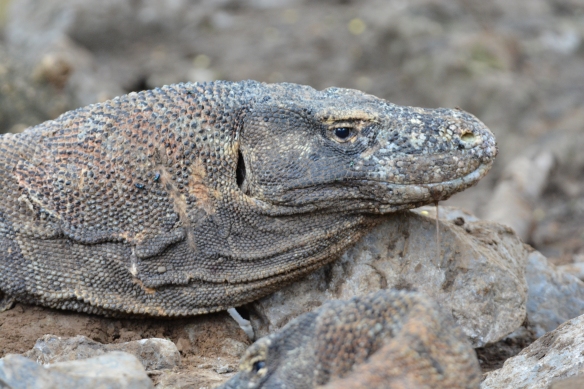 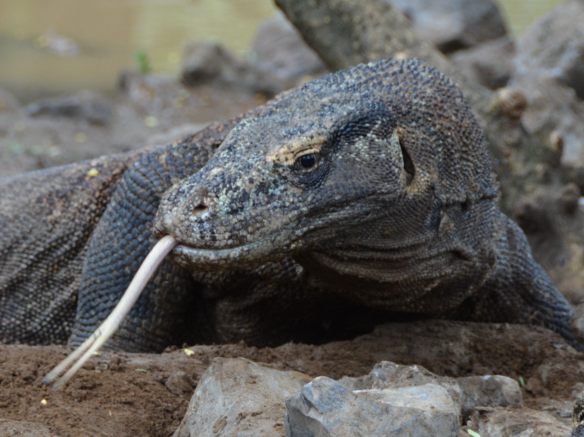 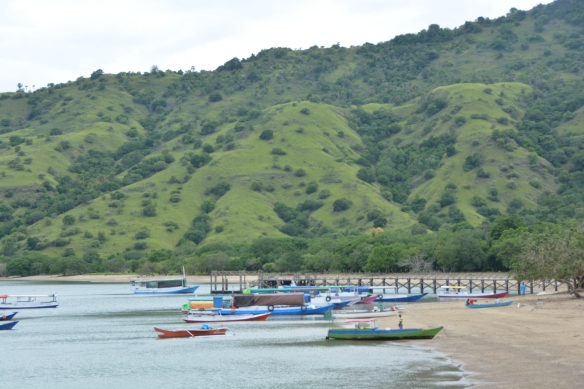 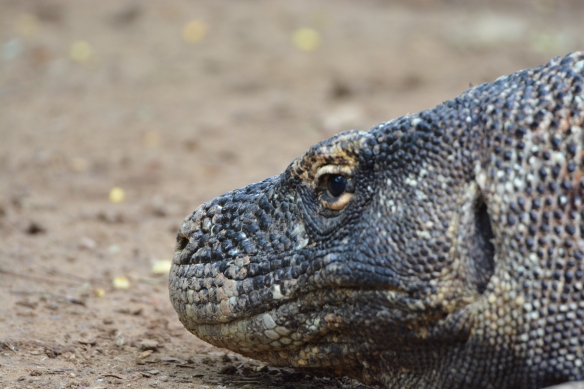 2 thoughts on “Komodo Island—We have seen the dragon!”