For many years, the idea of actually going to the Great Barrier Reef was only a dream. On our last trip in 2013 the ship travelled clockwise from Sydney, Australia going around the southern end of Australia and up the western side.  This time we left Sydney and travelled north up the east side.  This route took us directly into the UNESCO Heritage site and the Great Barrier Reef.

For most of the trip to date we have been travelling in water over 1000 metres in depth.  As we travel through the Reef the depths are dramatically different.  Most of today, for example, we are in water less than 30 feet deep.  Travelling this area we needed to take on a Reef Pilot (different from the various Port Pilots that guide us and take us in and out of their respective harbours).  In a presentation to the passengers he noted that in many spots we would have less than one metre clearance under the ship, hence his assistance was vital to our safe passage through these waters.

The two main harbours that are the jump off points for the Great Barrier Reef are Townsville and Cairns; two relatively small towns north of Sydney that during the Second World War played major roles in the battles of the Pacific.

Both these towns were immaculate in their appearance; each had waterfronts that were catering to the walking tourist and economies based on the export of coal and sugar cane and the tourist.  As with New Zealand, it would be very easy to come back and spend months further exploring.

To get to the Reef for exploring we took a high speed catamaran from Cairns some 50 minutes northwest.  There we had an opportunity to wander through a rain forest that has developed as more and more vegetation grew up on the coral, and experience some of the finest beaches we have ever seen.  It is, however very, very hot and too many tourists. We have been told that, like Antarctica excursions, there will come a time, very likely within the next few years, when trips to the Reef are no longer available.  As we were walking from the catamaran to the shore with our bathing suits at the ready a shark swam by and that finished us for the snorkelling.  We were content to walk the beach, and sample the underwater scenes from the safety of a glass bottom boat.

Stinger organisms are also present here in the water and swimming areas are netted off to prevent entrance by these poisonous creatures.  Divers and those going snorkelling rent “stinger suits” similar to wet suits to prevent such injuries. Read the warning on the sign and one of the photos shows the netted off area for swimming on shore. 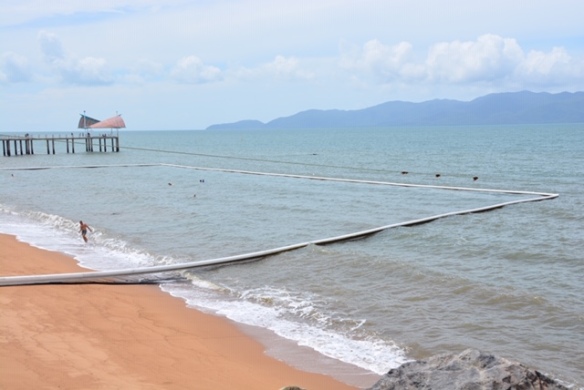 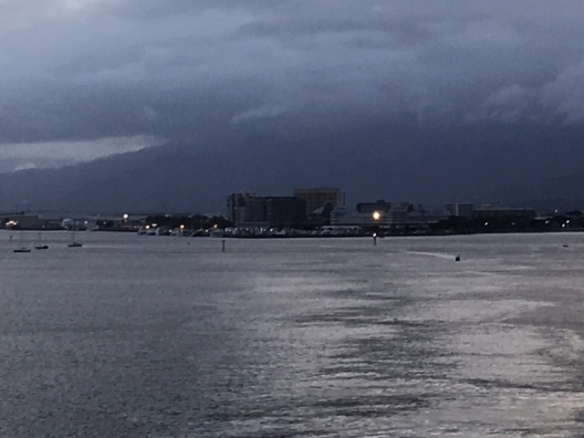 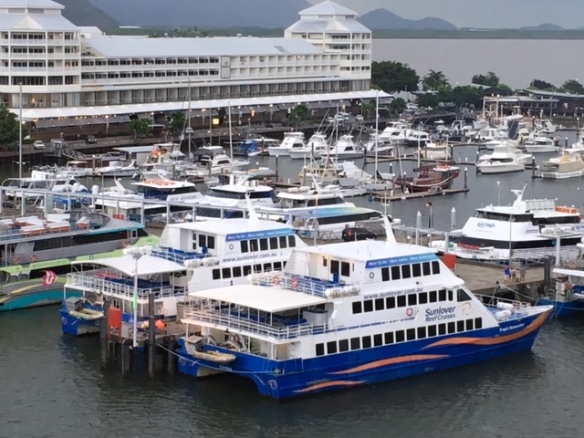 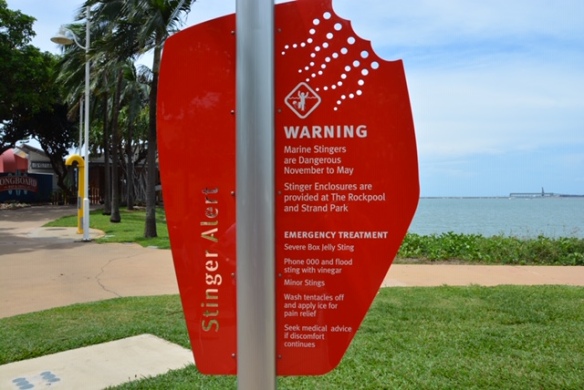 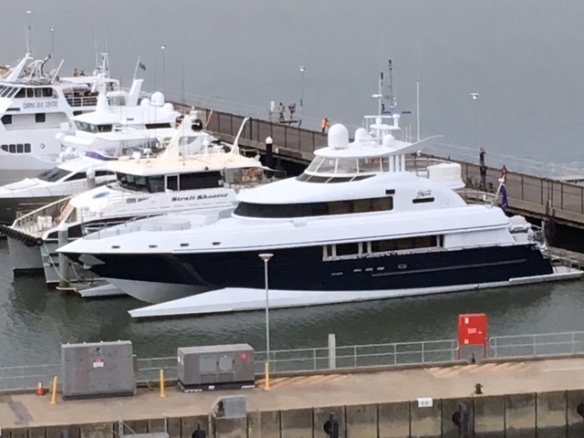