Wild horses roam the island including the streets of the only town on the island known Hanga Roa.  Similarly the cattle can be found wandering the roads along with roosters as every house seems to have a chicken coop.

Pineapple, tuna and honey are exported back to Chile.  Problems around the world for bee populations do not apply here.  Bees thrive due to the isolated island location and the honey is highly favoured for its pure taste.

After five days at sea, with no internet, finally arrived at Easter Island. Easter Island is is the furthest inhabited island from anywhere else in the world. In any direction you are thousands of miles on the open Pacific Ocean to the nearest dock or port. On our last trip around the world we could only see the island from the ship’s deck. Rough seas prevented us from tendering ashore. This time we got off and what an experience it was. 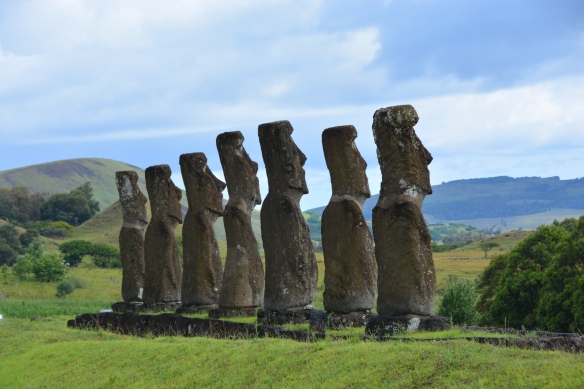 Easter Island has captured the world’s imagination with its giant moai, 887 human-faced statues created by the Rapa Nui people. Where the island’s inhabitants came from and how they got there has been a mystery since a Dutch ship discovered the island on Easter Sunday in 1722. The statues date back to 300 AD and are all volcanic, similar to the island’s core. How the solid rock structures were carved, moved and erected is an unanswered question to this date. Wild horses roam free throughout the island as do the cattle. The shoreline is spectacular and the 8000 or so inhabitants seem quite content with their isolated existence and lot in life. Modern health care as we know it is non-existent. 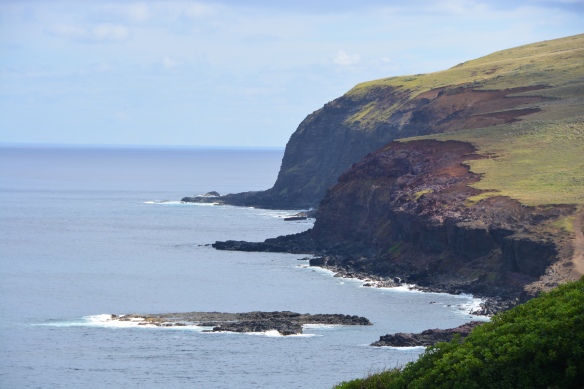 After two days in Lima, Peru and a day in Chile, we are off to Easter Island in the middle of the Pacific Ocean in the southern hemisphere.  As we head due west, there will be five days at sea with limited internet capability.  It is no surprise there is no connectivity as there is absolutely nothing here except sea and more sea. We are travelling at 30k and the depth under our keel is over 12,000 feet.  Wind continues at about 20 mph.

Chile was exceptional as it was such a surprise after Peru. Chile was crowded, traffic was horrendous and poverty was everywhere except in a very small area on the coast.  Peru with much less population was not crowded, very little traffic and fascinating to see how the civilizations have developed.  In Chile we visited an olive plantation where some of the best olives in the world are grown.  I also learned that the only difference between green and black olives is the length of time they remain on the tree.  Green olives are picked first and black olives much later.  Within a year after picking and storing in acetic acid they are ready for bottling and export or sale.

We also went to a local market and saw amazing stands of fresh fruit, vegetables and spices.  All this produce is cultivated in valleys that run up from the coast into the Andes mountains and are fed by either underground rivers or man-made channels coming down from the mountains.

Tonight is another formal night and this means a jacket and tie for me and a dressy outfit for Susan.  Formal nights are always on sea days and pictures are always taken.  Menus for dinner reflect the culture of this country. 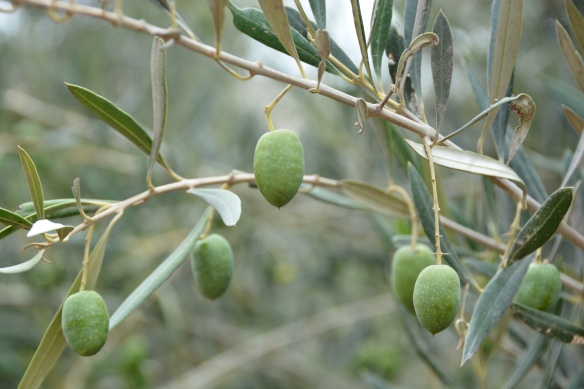